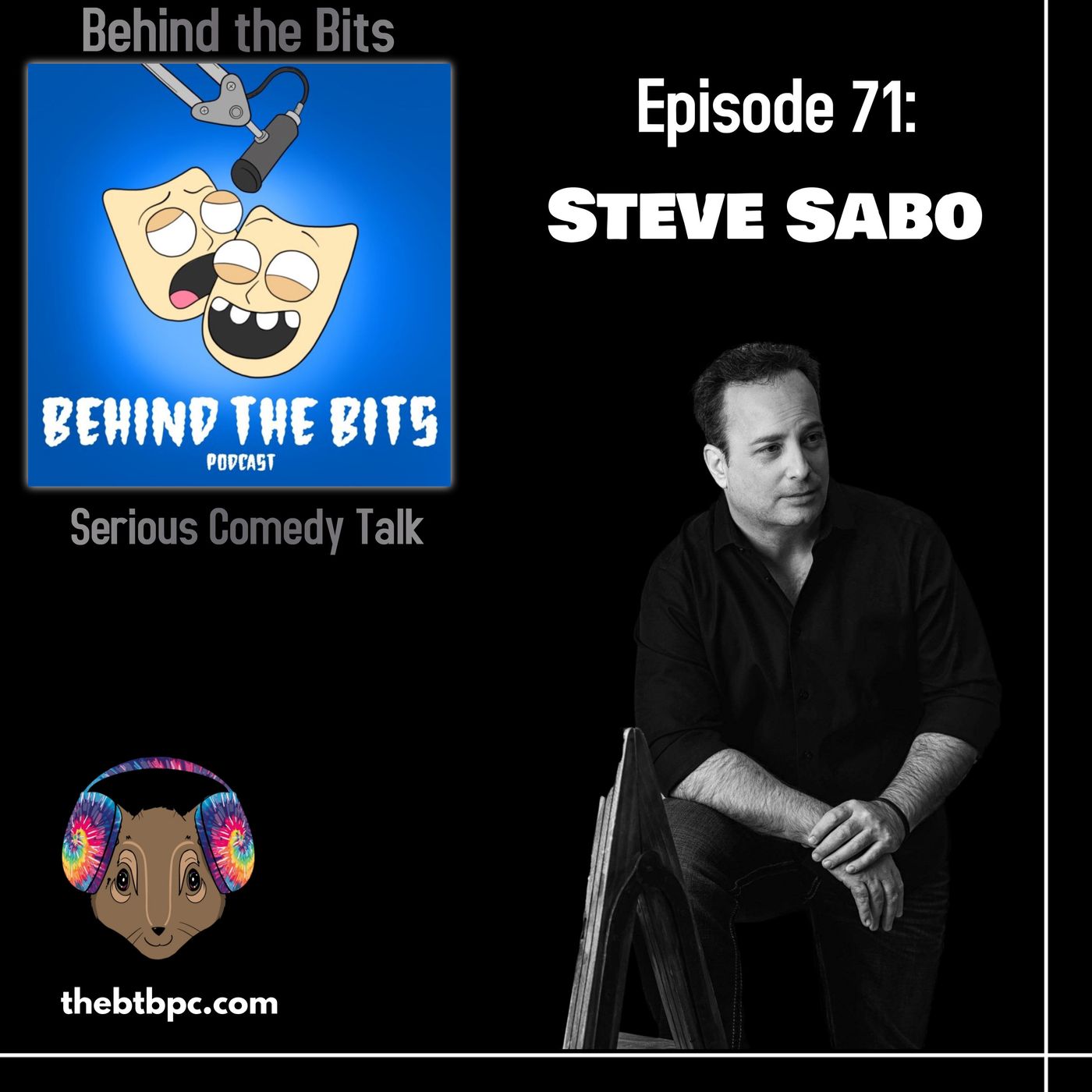 Slowing down is not in Steve Sabo's vocabulary. Tirelessly working the road an astonishing 52 weeks a year, this comedy road warrior brings laughter and joy all over the nation, and beyond. No stage is too big or too...

Slowing down is not in Steve Sabo's vocabulary. Tirelessly working the road an astonishing 52 weeks a year, this comedy road warrior brings laughter and joy all over the nation, and beyond. No stage is too big or too small; he has performed for crowds as large as 5,000 and as small as two. First hitting the comedy stage straight out of high school at 18, he has honed his craft at comedy clubs, dirty bars, shiny casinos, military bases, cruise ships, colleges, corporate shows, fundraisers, restaurants and even a back yard or two. His comedy has universal appeal, and his experience shows it.
In his 29 years as a performer, he has had the privilege of sharing the stage with comedy legends such as Joan Rivers, Chris Rock, Kevin James, Dave Attel, Jim Breuer, Christopher Titus and Tom Green. He has made television appearances on HBO, NBC, E! and Comedy Central. He is heard regularly on SiriusXM Satellite Radio and has appeared on the nationally syndicated "Sex Talk Live" , "BTS Radio Show" and "The Jiggy Jaguar Show".
In addition, he landed the lead in a low-budget horror film ("Hell's Lake", currently in post-production), entertained the troops in Iraq and Kuwait, performed at 2007's "Gathering of the Juggalos", and has been seen nationally and internationally at such festivals as Gilda's "Laughfest"(three times), Calgary's "Funnyfest", "The Detroit International Comedy Festival" (twice) and "The Great Plains Comedy Festival" (twice). In all, he has performed in 46 states, 7 countries and 4 islands. He also filmed a cameo in another full length feature film, "PI Day, Die Day" , which was released theatrically on March 14, 2016. In May of 2017, he was honored to perform on "Rock on the Range", the nation's largest rock music festival, headlined by Metallica.
An admitted workaholic, Sabo has released six full length comedy albums, including 2009's "A Mouthful of Sea-Monkeys" which was heralded as "One of the top ten comedy albums of 2009" according to the Serious Comedy Site. His plans to record his newest CD, "Put Away Wet" have been delayed due to Covid-19 lockdowns. However, instead of sitting on his laurels he took the opportunity to write and release his first novel, a thriller titled "Jester's Run" in late 2020 and his latest book, "How to FAIL at Stand-Up Comedy" in April of 2021. All of his releases are available on Amazon and I-Tunes.
Known among his peers as a consummate professional and a comedy chameleon, he has the ability to adjust his act to his environment. Whether the situation calls for a clean show, a dirty show or something in between, he has the experience and material to satisfy any crowd. Considered adult-friendly and intelligent, his honest and observational style, topped with a high energy and frenetic pace, has made him a fan favorite from coast to coast.
Check out Steve’s book and all his projects here:
https://stevesabo.com/
Huge thanks to Podcorn for sponsoring this episode. Explore sponsorship opportunities and start monetizing your podcast by signing up here:
https://podcorn.com/podcasters/
Head over here to check out The Law Offices of Quibble, Squabble, & Bicker don’t forget to subscribe to their YouTube channel!
https://www.qsblaw.org/
Head over to Trash Sports Takes and give them a listen:
www.trashsportstakes.com
Here’s the BTB Internet Talk Show’s Twitch Channel. Check out all their great shows!
https://www.twitch.tv/drinksjokesnstorytelling
If you'd like to support the show and get some cool perks, check out our Patreon page: