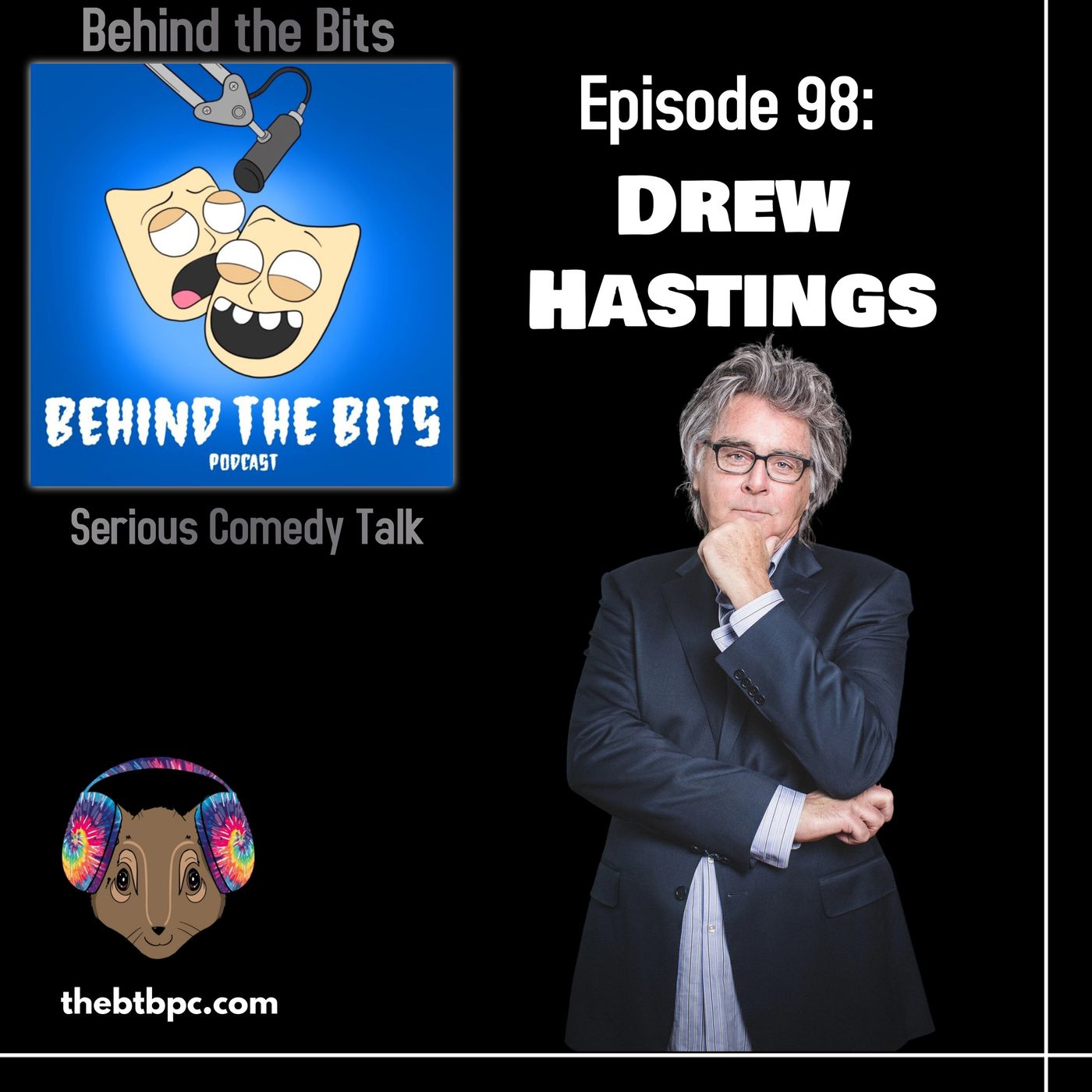 A standup comedian for more than twenty-five years, Drew Hastings has inhabited the American comedy scene with a distinct perspective. His commanding stage presence has always delivered intelligent material with an edge, be it his observations of the...

A standup comedian for more than twenty-five years, Drew Hastings has inhabited the American comedy scene with a distinct perspective. His commanding stage presence has always delivered intelligent material with an edge, be it his observations of the human condition or the declining state of American society. What has always made Hastings’ standup and storytelling unique though is his ability to incorporate his wildly varied careers into his act , whether it’s a disastrous foray into a records shredding business, diving into farming at the age of fifty—truly farmageddon—or his unlikely time as a small city mayor.
Drew’s comedy specials, late-night tv appearances, and his status as an all-time favorite on the nationally syndicated Bob & Tom radio show have given him a wide following, particularly in the Midwest. He is one of the few people ever to appear on The Tonight show two separate times for two different careers.
Born in Casablanca, Morocco to a British mother and American father, Drew has spent most of his life in Southwestern Ohio except for a twelve year stretch in Hollywood. In 2004, he fled California saying, At the end of the day the sun doesn’t set in L.A.—it just gives up and drops into the ocean with a bitter hiss. Drew settled in Hillsboro, Ohio to try his hand as a cattle producer in between a busy comedy tour schedule. His farming misadventures went into his standup and Drew gained an entirely new audience, the agricultural community, further expanding his popularity in the Midwest. In 2011, Hastings ran for mayor of Hillsboro on a populist campaign. “I think this Country is going to Hell in a hand basket. I can’t do anything about the whole U.S. but I can do something about the one place I live.” Outspoken and blunt, he won in a landslide and got to work turning around the city's financial woes and make critical infrastructure improvements. Incensed when Hastings won a second term in 2016, he was targeted by a small faction of elected officials in what most observers called a political witch hunt. Drew was indicted on four felonies, the most serious charge being the dumping of his trash into a city dumpster. He was found not guilty, acquitted of all charges and served out his second term.
About “Chasing Drew Hastings”:
When Drew Hastings was seven years old, his father, also named Drew Hastings, left the family, remarried, and had another son, named Drew Hastings. “Suddenly there were three Drew Hastings,” Hastings writes, “me, the one who left me, and the one who replaced me.” And so begins a life-long pursuit of a name, and one long, slow skid toward the realization that we’re all just making it up as we go along.
The son of a single mother, Hastings picks his way through suburban and urban Ohio, obsessed with proving himself against the backdrop of the counterculture of the Sixties and Seventies. He opens a paper shredding business, tries his hand as a rug salesman, even dabbles in muskrat trapping. Most enterprises end in disaster and nothing lasts long. Finally someone suggests standup comedy—friends always said he was funny, plus the idea of ‘Drew Hastings’ on marquees all over the country is too much to pass up. He moves to Hollywood where he flirts with fame but can’t quite bring himself to grovel long enough. And just as a dark depression takes hold, he finally bolts, buys a farm in rural Appalachian Ohio, and at the age of fifty, starts over, breeding cattle, developing real estate, and yes, becoming the mayor of Hillsboro, Ohio.
Refreshingly honest and darkly funny, Chasing Drew Hastings is a wide-ranging memoir of a life ruled by misadventure and coincidence, growing up a confused kid and striving to find out what it means to be a man. Drawing on everything from small town politics to the ambition and malaise of show biz, Drew Hastings reckons with American masculinity, fatherhood, and inheritance head on. Unlikely, irreverent, and wholly original, the result is endlessly entertaining, and perhaps even inadvertently revelatory.