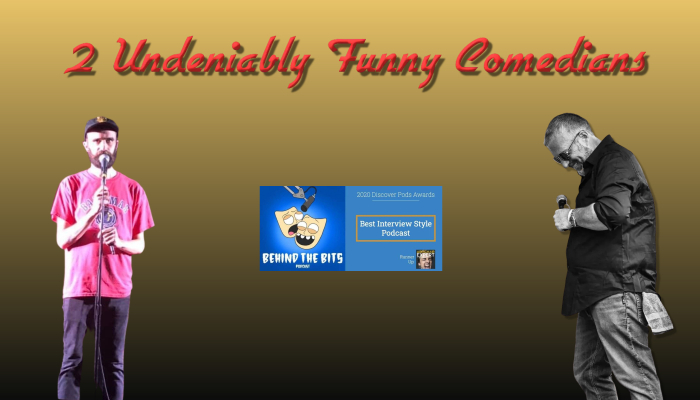 Before I start this blog entry, I want to make sure you, the reader, understands my point of view. I have been a fan of stand-up comedy for nearly 50 years and have been performing stand-up VERY part-time for the last 6 years. I’m not a great comedian or a great judge of talent. However, after years of watching comedy performances and seeing some behind the scenes action, I believe that I can recognize raw talent if it slaps me in the face. I want to talk about two comedians who have struck me as being something special in the comedy world. These comedians are about as different from each other as two people can be but have that aforementioned raw talent that is undeniable. I believe most people who understand stand-up would agree with me that they could see both comedians in their own streaming special if their work ethic continues and the stars align for them.

Why am I writing about these comedians? Because they deserve it. The problem with stand-up is it is very insular in spite of being performed for the public. A comedian is always worrying about their act, getting booked, maintaining a social media presence, and on and on. Comedians sometimes don’t know just how good they are because they are keeping their head down and doing the work. As more of a hobbyist, I don’t have as much skin in the game and can take the time to observe what makes comedians funny or not.  Let’s get into these very different comedians:

I’ve known Dean Jernigan for about 5 years which is the length of time he has been a comic. The first thing you will notice when Dean performs is his command of the stage. If Dean is nervous, I don’t think anybody realizes it. Dean’s use of the entire stage, his physicality, and his facial expressions are a show within themselves. Dean is a regular guy comedian. His act is a representation of the high and low moments during his younger years and as a father of two grown children. Dean is masterful storyteller and the audience loves being along for the ride. He makes you wish he was your neighbor so you can shoot the shit with him while sharing a beer on one of your front porches. As a regular guy comedian, the audience will identify with some of Dean’s humor and be surprised by other aspects. Either way, the entire audience is paying attention and is highly entertained when Dean takes the stage.

Along with Dean’s raw talent, he brings a work ethic to his stand-up that is hard to beat. Dean was bitten by the comedy bug and I think he’d agree that he is obsessed with succeeding as a comedian. That means working a full-time job, taking comedy gigs that are hours away, and doing open mics to work out new material. It would wear most people out but when I talk to Dean, he’s always full of energy and ready to talk about writing and performing. Stand-up is a tough gig and I don’t know if Dean will become a household name or not. If he does though, it will not be a surprise. He knows how to make people laugh better than someone with just a few years into the comedy game should and that’s a good thing!

As I mentioned before, I’m talking about two very different comedians. Carl Paul Carl is far away from being a regular guy comedian. Carl is part of the Huntsville, AL comedy scene and I found him when my wife and I moved to Huntsville last year. I don’t know Carl nearly as well as I know Dean, but I have seen him at open mics and a couple showcases. Carl’s humor is as unique to him as his fingerprint. It’s very evident that Carl doesn’t feel like he belongs in our society and social norms perplex him to the point that he needs to talk about it on stage. The result is hilarious. Carl’s point of view makes you laugh then makes you question your own point of view the makes you laugh again…harder. When I see 15 comedians at a open mic, I always remember Carl’s time on stage the most. Carl is a masterful writer, and his observational humor is something that you don’t see every day.

Carl’s performing style is also quite unique. He doesn’t look comfortable on stage. He holds the mic in a fashion that it looks like if he lets go, he’ll fall into a bottomless pit of failed comedians. He doesn’t fail though. His writing is so smart that it may take the audience a few beats to catch up but when they do, they have a great laugh. It’s hard to explain Carl’s style because it’s so unique. You have to there, Oh, and you should be there when he performs. Carl is another comedian with the work ethic to match the talent he has. I don’t think I’ve been to an open mic he didn’t attend and he also supports local comedy as an audience member when he’s not performing. Some of Carl’s short videos posted on Instagram Reels and Tik Tok are hilarious and show he’s always working on his humor.

Both Dean and Carl are undeniably funny in very different ways, and I hope they get to be seen by a wider audience.

So, who do you know that is undeniably funny? Maybe you should tell them! 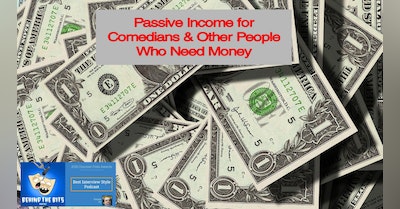 Passive Income for Comedians & Other People Who Need Money

Some easy methods to make a passive income that are vetted and won't take up to much of your time. 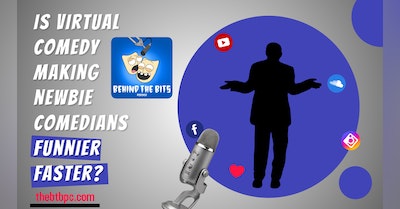 I recently hosted the three preliminary rounds of the Behind the Bits Comedy Contest. Each round had 7 comedians perform for a total of 21 performances. …