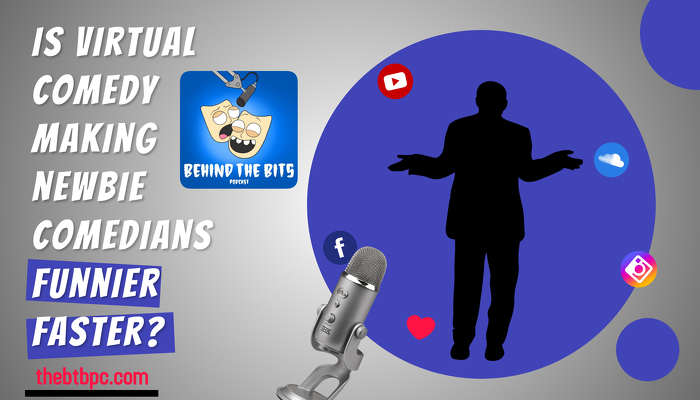 I recently hosted the three preliminary rounds of the Behind the Bits Comedy Contest. Each round had 7 comedians perform for a total of 21 performances. The comedians scored themselves and the top 2 scorers are going on to the final round. I was surprised to find that half of the comics who are the high scorers of their round are newbie comedians with 2 years or less time spent performing. Some of them started during the pandemic! Out of the 21 contestants, over half were very new to stand-up comedy.

I wondered why these noobs were putting together better material and performances than comics with the same amount of experience doing live shows before the pandemic. After paying some attention to things I already knew, I came up with some insight.

You can perform virtual comedy whenever you want.

Now, everything has changed. There are virtual open mics going on almost 24x7 all over the world. There's even a Facebook Group called Displaced Comedians created & curated by Niko Lukoff with a spreadsheet of more open mics than you can shake a stick at! Every comedian I've interviewed on Behind the Bits has said that practice is the biggest factor in being consistently funny. Newbie comics are taking advantage of these open mics and getting in more "stage time" than was ever possible. I've seen comics perform 5 times in a day! It makes sense that new comedians who are taking advantage of performing many times during the week are experiencing accelerated growth in their stand-up skills.

As the virtual open mics have increased so have the opportunities for perfecting your writing, finding your comedy voice, and getting instant feedback on your jokes. Joel Byars leaned in to serving the comedy community early on with Q&A interviews with well-known comics and his very popular Write-10 Club that streams live on Facebook every day of the week at 10AM EDT. Great virtual teaching classes have sprung up from Joel Byars, Rik Roberts, & Dobie Maxwell among many others. Taking a writing class or geting personal coaching is a great way to jump ahead of the pack. The accountability of writing every day is a huge help too!

There are also some feedback mics & writing sessions going on almost every day of the week where you can perform your set and get instant feedback or write with a group of comedians. I've taken advantage of some of these and can say it's been a big help in honing my material.

With all the resources available to newbie comedians, I can see why they are getting good quickly. It's really great to see the joy of a a new comedian after a great set even if it's on my laptop screen. Now, will the online success translate to stage success? We'll have to wait & see but I think if you can make people laugh while they are watching you perform in a small box on a screen, you should be able to do that on a stage after a few attempts.

Check out Behind the Bits Podcast for advice from great working comedians to help you in your stand-up comedy efforts! 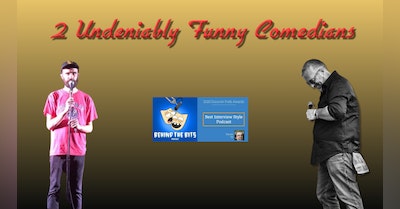 Two comedians you should know

Before I start this blog entry, I want to make sure you, the reader, understands my point of view. I have been a fan of stand-up comedy for nearly 50 yea…